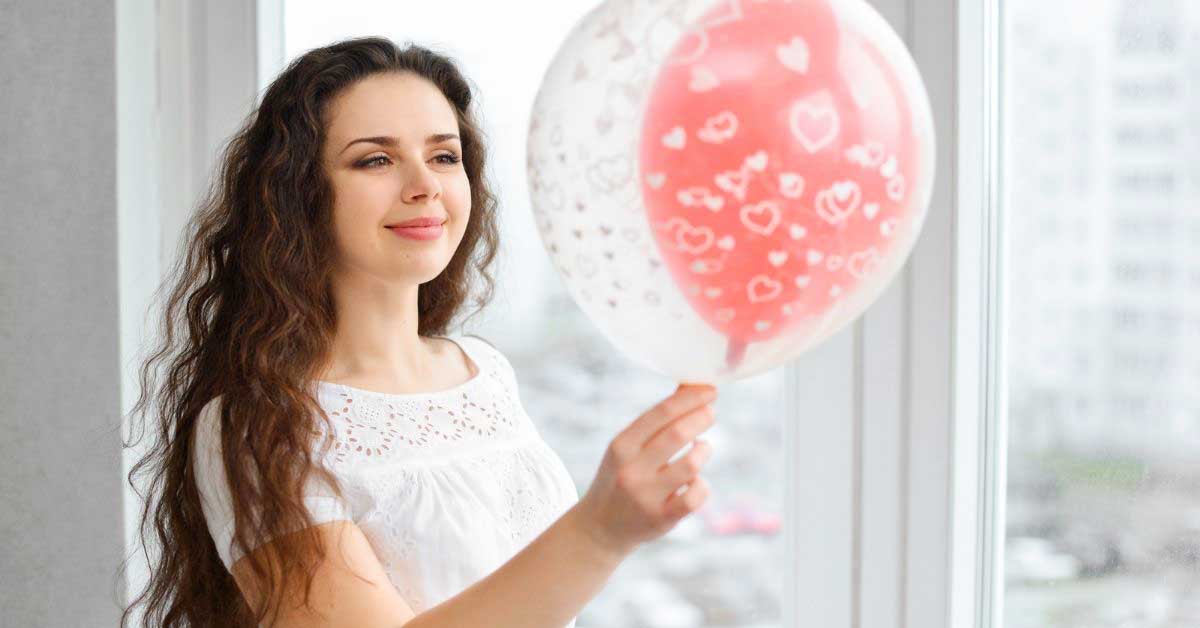 Is Helium Bad for You?

by Aneeza Habib December 27, 2021
Helium 10
Please leave me some stars

Is helium bad for you? Every gas (except oxygen and air) can cause asphyxiation within an enclosed space or breathe in. Inert gases are generally colorless and smell. Unconsciousness can happen suddenly and without warning when gasses are inhaled. Compressed gases cause other dangers. However, they are usually seen when children or young adults engage in pranks or experiments, not fully aware of the risks.

You breathe in the Helium in a balloon, and as if through magic, you sound like an animated chipmunk. Hilarious. However, as innocent as it might appear, inhaling helium can be hazardous and even deadly in actuality. There are many cases of severe injuries and deaths caused by inhaling Helium.

How much Helium is there present in the atmosphere?

Where can you find Helium?

Helium is the second-most abundant element found in our universe; however, it’s pretty scarce on earth. Many people believe that we get Helium from the air, but we extract it from the Earth. Helium is present in a few areas of the world, most notably in Texas, as a minor ingredient in some sources from natural gas.

When people breathe in Helium, they typically inhale through a balloon filled with Helium. While inhaling continuous breaths of Helium from balloons can cause the body to lose oxygen, it’s not the only option nor the most hazardous one. The quickest filling balloons is using an industrial helium balloon filling system. These systems are usually found in retail stores, like grocery stores or party supplies.

They are typically rented to individuals organizing celebrations, but there are many places where you can only fill balloons inside the store. The commercial systems are pressure-controlled and are designed to swiftly fill balloons. Systems that are pressurized and let out are dangerous because children and/or adults might try to breathe straight from the plans and have a higher chance of causing death.

Science says that when you breathe in Helium, it can displace oxygen within your body. This means that you’re inhaling Helium and no oxygen when you inhale it. While a tiny amount of it isn’t harmful, it could be detrimental when you breathe in a significant amount of it. We are all aware that oxygen is essential for every bodily function; every organ requires it. By using Helium, you could be temporarily blocking oxygen within your body.

The use of Helium in the balloons used for party events causes everybody to think for this source.”

1. The Helium that is used for medical reasons

Helium is a non-renewable energy resource. Scientists have expressed their concern because the gas supply is becoming shorter and shorter. Estimates suggest that we will have another 25 years to go before Helium runs out.

Although utilized in balloons for parties and other novelty items, the product is also used by scientists and researchers in the medical field to use MRI scanners as well as other equipment and can save babies’ lives. But some believe that scientists and medical professionals are already shifting away from its use to discover alternative, sustainable sources.

Wildlife caregiver Judy Elliott said she was in opposition to the practice of balloon release at events or memorials.

“It’s mostly the ones that are floating in the ocean that could be at risk because the balloon resembles food and animals such as turtles could ingest them and even die,”

Turtles may die from starvation because their digestive tract is blocked by balloons deflated that are frequently confused with jellyfish. Based on the Sea Turtle Foundation, biodegradable balloons may take as long as six months to decay.

3. Balloon ribbons could pose a danger for animals too.

Animals, including cattle, have been reported to die from chokes or strangulation by balloon strings.

Inhaling helium side effects is more hazardous than most people realize, and there have been more than 100 Australians suffering from helium inhalation over the last decade.

According to Lenntech, some of the mild symptoms from the inhalation of Helium include pain in the throat, headaches, nausea, dizziness, and breath shortness.

When Helium is breathed in, it can cause various adverse effects, which can be experienced depending on the degree of depletion of oxygen.

According to Health FAQ In the body, it suffers from a “minor or moderate deficiency in oxygen” when taking in Helium to alter the voice of a person. The present effects of huffing, as per the article, are:

persons who choose to inhale Helium in quantities greater than that of a single balloon face potentially fatal effects. These are some of them:

Although it may appear that Helium isn’t a dangerous gas, it may be as short as 5 minutes of oxygen deprivation due to inhaling it, as per the National Institute of Neurological Disorders and Stroke, for brain cells to start to cease to function. Unfortunately, once this happens, there’s no way to repair the damage that has been done.

What does Helium do to you?

What Happens if I’m Breathing in from Balloons?

Typically, inhaling one breath of the Helium released from a balloon can produce the desired, altering the voice. It could also induce slight dizziness.

However, there’s always the possibility of other impacts, like:

Inhaling Helium from balloons will not cause any significant health problems or even cause death; however, it’s certainly not difficult. There have been reports of people, especially children, who died from asphyxiating due to inhaling helium vapors from balloons.

Controls – without the guidance of an expert

How long is it for helium inhalation to make you unconscious?

In case of accidental asphyxia may occur within one minute, in the case of critical Hypoxia, which occurs when oxygen saturation of the arterial blood is lower than 60 percent.

Do we need the element helium?

However, unlike Hydrogen, Hydrogen doesn’t easily mix with other elements. Thus, when Helium is at its surface, it can effortlessly escape the Earth’s gravitational pull. Like gas and oil, other resources can become polluting or hard to reuse. However, the only thing that disappears physically is Helium. from the Earth.

Is there a substitute for Helium?

Argon is utilized in place of Helium and is recommended by certain kinds of metal. Helium is used for a variety of lighter-than-air applications. Hydrogen can be an excellent replacement for many of them where flammability is not a problem.

Who is the owner of the world’s Helium?

The majority of commercial Helium comes through natural gas. The US was the largest producer of Helium globally and supplied 40 percent of the world’s supply. Furthermore, the US federal government sold 30 million cubic meters of storage. Other important producers of Helium were Algeria as well as Qatar.

Can dogs be allowed to have fun with balloons?

Many dogs love playing with balloons. However, many balloons may not be suitable for dogs. Things for dog owners who enjoy balloons should be centered around balls. They could include play dates, walks, or even dog-related activities like Dock diving and agility. Don’t forget that not every action needs to revolve around a ball.

Can you overdose on Helium?

The possibility of death from inhaling helium remains to be a rare event. There’s no need to be concerned about death by asphyxiation when you’re inhaling helium bubbles at a birthday party. In the worst case, you’ll continue to drink until you feel exhausted and lightheaded, at the point when you stop breathing the Helium, and your oxygen levels will be restored to normal.

What is the reason why Helium Make Your Voice Change?

Helium isn’t like air in its density, which means it affects your vocal cords differently and produces the vibrations to sound distinct. The vocal cords create sounds in everyday speech by vibrating with air moving through their mouth. Then, the tongue and lips turn this vibration into sound and speech.
The words you speak travel faster through the air than through the air, which means that they require less time to travel through your vocal cords and into your mouth, so other people hear it. Every breath you breathe in, the liquid Helium evaporates so that your voice can get back to normal after all the Helium has gone removed from your lungs.

A sudden and dramatic decrease in oxygen levels may create Hypoxia Which can be life-threatening. Hypoxia generalized can cause dizziness, confusion, confusion, nausea, memory loss, abnormal cardiac function, quick heartbeats, unconsciousness, and, in the most severe cases, may lead to death.

The risk of experiencing an embolism or a ruptured lung is also possible to breathe in Helium and fill up the lungs rather than oxygen. Inhaling Helium and then sucking it up from a gas cylinder can be much riskier. If you fully overflow your lungs with it, you will need more time to remove it and replace oxygen, which gives a chance for problems to occur.

Helium straight out of the canister is very pressurized. Putting too much gas that is pressurized into your lungs could cause an embolism. This is the term used to describe the blockage in a blood vessel. This results from the gas bubble blocking blood flow within the blood vessels. This could lead to stroke, seizure, or even death.

Lung ruptures are caused by Helium, which destroys the cells of the air sacs found in the lung. When the sacks of air are damaged, oxygen can’t be taken in, and blood loss can occur, and in severe cases, it could result in the victim being drenched within their blood. Risks like this force US Gas to focus on making sure that people are taught the proper method of working with helium gas safely and to promote the use of Helium in a safe manner gas so that these horrible incidents don’t have to occur. To anyone other than you!

The majority of the world’s Helium supply is only three countries:

If one of these nations has problems with its production, the price of Helium may increase. The constant fluctuation in the price of Helium is forcing researchers to reconsider their approach to using to make use of the gas claims. In actuality, she’s been forced to put out sure of her superconducting magnets due to the cost being too high. She is concerned that unless price volatility is managed, the research conducted in many vital areas will be slowed or even stopped.

Other countries, such as Russia and South Africa, are mulling over joining the production of Helium, which could ease the frequent shortages. In the meantime, will the general public give up their balloons made of Helium? A new advertising campaign, led by Australian actor Michael Caton and backed by gas supply companies, hopes to educate the general public on the detrimental consequences of the well-known method of inhaling gas to achieve a high-pitched voice.

If the oxygen concentration is reduced below 18% in your body, signs, and symptoms of asphyxia may occur. Helium gas can completely deplete oxygen, and if it is allowed to remain for just a few minutes, death and asphyxia can occur.

If you’ve taken a breath of Helium from a balloon and haven’t noticed anything concerning besides the change in your voice, there’s no reason to be worried. However, if you experience other signs of nausea or confusion, It is recommended to seek medical attention as soon as possible. The inhalation of a tank could create more severe symptoms that may be noticed in the next few moments or even hours. Get to a hospital immediately when you see an increase in your blood pressure. Suffer from blurred vision, unconscious, breathless in coughing blood, or experiencing seizures.

I hope you enjoy this article (is helium bad for you) 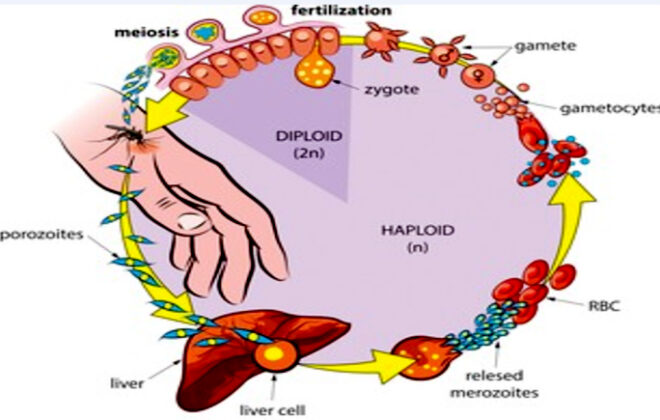 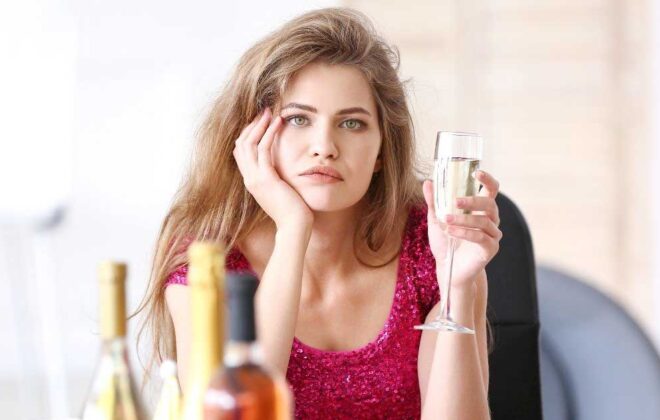 How to Overcome Hangover Anxiety? 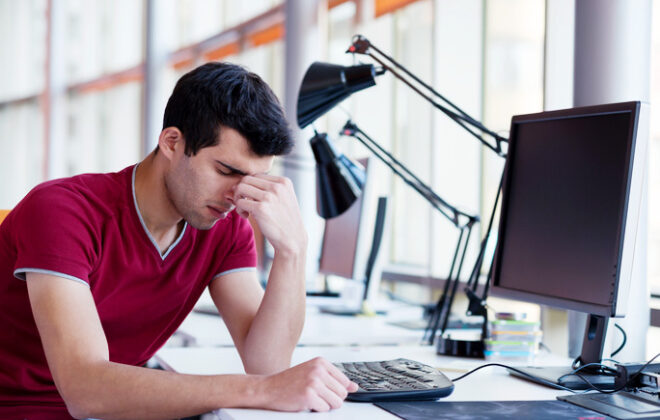 Is Depression a Disability?